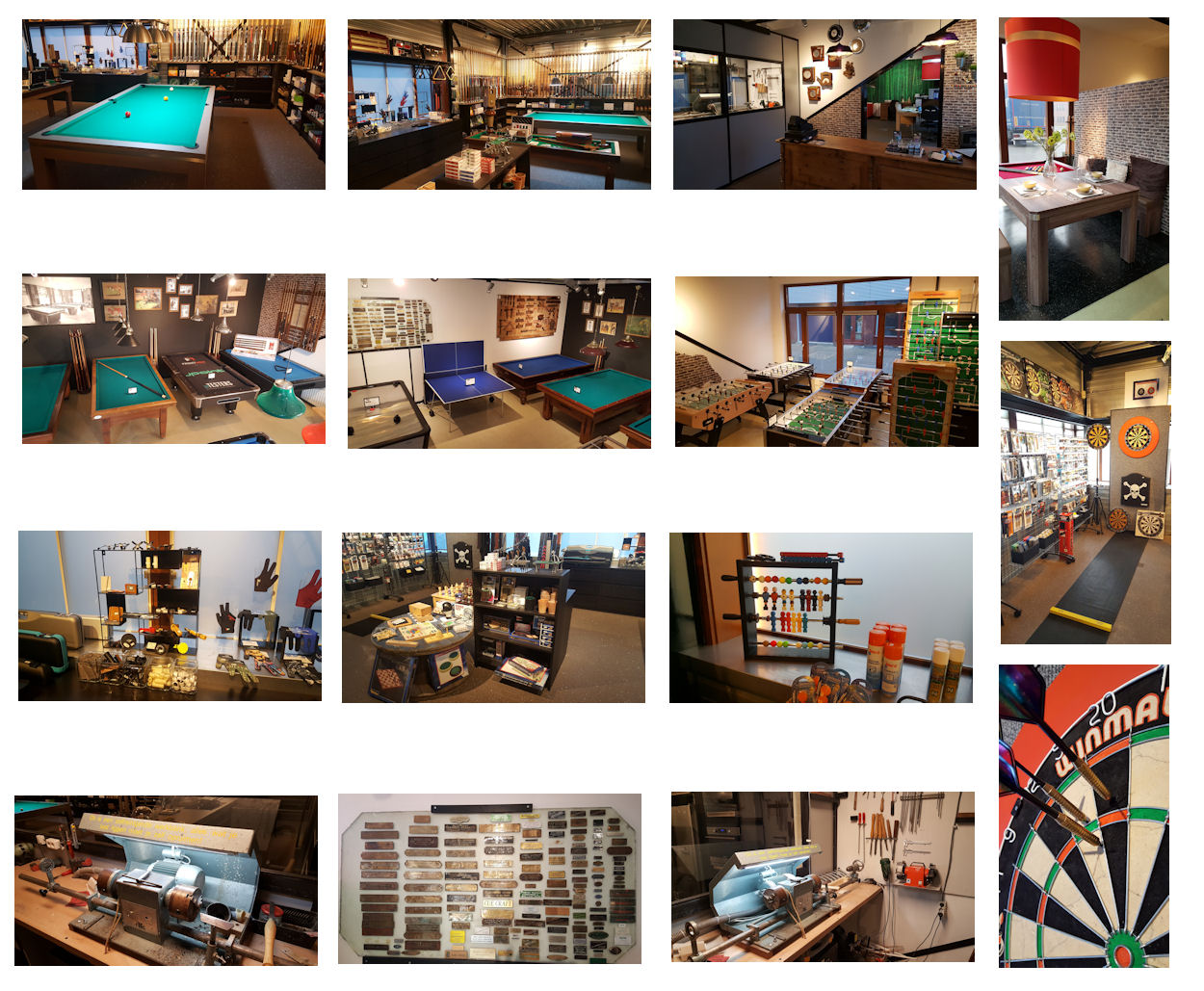 Biljartfabriek Van Den Broek has existed since 1956. Mr. W. van den Broek is the founder of the Amsterdam billiard factory. In the yard behind his house in Amsterdam West began this house worker. The company grew and moved to Jordan with a real workplace. In 1963 the company moved to the Van Ostade Street. Three sons came to Dad in the case which has long formed the main activities in Amsterdam, but his wings still spread gradually over the rest of the Netherlands.

Cees van den Broek took over the company in 1975 from his father. He worked closely with Herman Tolsma, which in 1980 moved to Almere and there themselves started a company, in addition to his work with Van Den Broek Billiards. Remco Tolsma, the son of Herman Tolsma, after taking over his father's business in Almere, in 1999, Van Den Broek Billiards, taken over by Cees and his wife Quirine van den Broek.Het company continues under the name Biljartfabriek Van den Broek to exist. The company now employs 4 people in our company. Since January 1, 2000, we acquired the business of George Vermeulen Billiard Service. We have our three companies into one company at one location together in the Van Ostade Street. As we increasingly focus on maintenance and service is the creation of new billiards no longer one of our main tasks. We are main dealer of Rootheart-, Gabriels-, Brunswick-, Clash-, and Buffalo Billiards. Since 2012 we are exclusive dealer of Montfort Billiards. A unique service we offer is to build tailor billiards example, on cruise ships and building combination billiards where both pool and carom billiards to be played. In addition to our activities in billiard area, we also supply football tables, shuffleboard, table tennis, airhockeytafels and everything dart area.